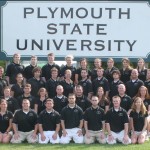 The NATA stands for the National Athletic Trainers Association. It is an professional organization for certified atheltic trainers as well as anyone who may be aspiring to become an athletic trainer. the NATA was established in 1950 with only a few members and has grown today to over 30,000 members. The mission statement of the NATA reads as follows: " the mission of the National Athletic Trainers' Association is to enhance the qualit of health care provided by certified atheltic trainers and to advance the athletic training profession."

Athletic trainers are involved with the on field care of an athlete. They participate in the prevention, diagnosis, and intervention of emergency situations. They are required to CPR certified as well as AED certified and certified as a first responder and emergency responder. In a clinical setting, athletic trainers act just as a physical therapist would; creating exercise and rehab programs for injured athletes, using theraputic modalities such as ultrasound and electrical stimulation as part of their treatments for athletes. Athletic trainers are not just standing on the sidelines in case of an emergency but they are also there to help prevent injury from occuring in the first place.

It is the athletic tranier's responsibility to educate athletes and other individulas such as EMT's and paramedics on how to best prevent injury or in the case of EMT's and paramedics, proper spine boarding techniques etc. Every year the Plymouth State Athletic Training Department holds a convention every year that educates individulas in the surrounding area on the proper techinques of helmet removal, spine boarding techniques and concussions.

Athletic training is recognized by the American Medical Association as an Allied Health Profession though they are not treated as such. They are looked down upon by physical therapists and doctors and are seen as an expendable profession; but the truth is that without athletic trainers there would be no one to do any on field evaluations of athletes or immediate clinical evaluations of atheltes proceeding an injury sustained. The only difference between athletic trainers and physical therapists or doctors is that they are not permitted to perscribe medications. Other than that there is not really a difference between the professions. 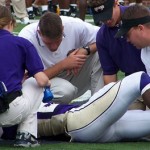 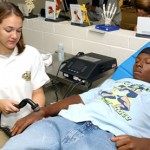 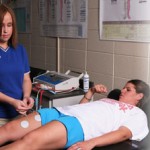 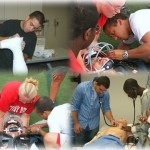 I'm a big believer in nonconformity in that you shouldn't have to follow the rules of society to try and fit in. One of the major problems i feel is having tattoos that must be hidden in a work setting. I know that some jobs don't require you to hide your tattoos but a lot of us will be working in the business world or become teachers or work in some sort of a clinical setting. it is these jobs that i do not agree with having to hide your tattoos.

Now even though i am against having to hide tattoos at your place of business i still believe there is a line that should not be crossed. For example if you work in the school system you should not have a tattoo that says anything vulgar or has a tattoo of something  inappropriate; something like that goes without saying. However, if the tattoos are not in any way shape or form inappropriate or offensive whats the big deal?

For a long time tattoos have been assiciated with groups like gangs, thugs or bikers; your general trouble makers. But in our society today tattoos are everywhere; everyone has either thought about getting a tattoo or already has one. I'm willing to bet that even if you were to ask a school teacher or a high ranking businessman whether or not they have any tattoos they probably would. They are just forced to place them somewhere where no one can see them. Society has pounded into our heads that tattoos don't look professional but who is to say what looks professional or not? There is no written rule that says what is professional or not.

Here is a link to the city of East Palo Alto CA and their policy on tattoos. http://www.ci.east-palo-alto.ca.us/police/Police%20Policies%20Online.pdf

In every place that i have worked there has been a policy about not being able to have tattoos that show. Just for a little backround on where i have worked since i have been old enough to get tattoos, i have worked as a cook in a restaurant where for 3 years i did not come into contact with any customers. I worked in the kitchen and that was it. One day i asked my boss who also has tattoos, why we couldnt show any of them. he told me it was because it looks unprofessional. In response to what he said i told him that its not like we have to deal with customers in the kitchen so whats the big deal? He could not come up with an answer for me. I then worked in a McDonald's where i once again worked in the kitchen and that was it. i never once had to deal with a customer and i never understood what the problem was with having tattoos that were visable. it just goes to show that employers are stuck in the "Old days" where they where they grew up brainwashed to think that tattoos were only for thugs and gang members or trouble makers. in todays society times have changed. everyone is getting tattoos and are being forced to place them in areas where they can not be seen. they are no longer they symbols of immaturity or signs of troubled individulas. having visable tattoos in a professional setting has nothing to do with acting professionally.

Here is another link of one CEO who offered a 1,000 dollar bonus to any employee who was willing to get a tattoo if the company logo in a visable place --> http://www.mobilestorm.com/resources/digital-marketing-blog/second-employee-takes-ceos-tattoo-dedication-challenge/ 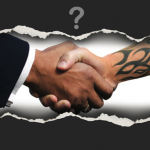 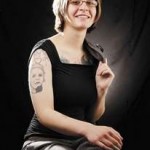 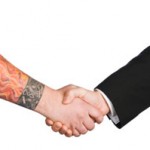 Obesity has been an ongoing problem in the US for some time now. This is largely in part due to fast food restaurants such as McDonalds, Burger King, Wendy's and many others. This problem is also a combination of people over eating and not being active. I would like to point out that there is a difference between being overweight and being obese. Being overweight could mean that you are in shape and muscular but your height to body weight ratio does not meet the requirements. Being obese means that you are more than just overweight.

Now it is understandable that if you are in a rush these fast food chains can be extremely convenient but, there are still people in this country who eat here  at least 3 or 4 times a week. Instead of stopping at a McDonald's or Burger King, try packing your lunch a few days out of the week or bring a snack with you for the ride into or home from work. If people knew how many calories were in a small fry or in a burger then I'm willing to bet that a lot more people would start bringing their own lunch to work more often. Below is a hyperlink to the McDonald's USA Nutrition Facts for Popular Menu Items.

This is my own personal way to solve obesity as far as fast food chains are concerned.

First and probably most important, eliminate drive thrus. Drive throughs are the most convenient way for customers to get their food. If you have ever been inside a McDonald's then you have probably seen a screen that counts up. That is the time that it is taking the workers to get the food out to the customers in the drive thru. The typical target time for a drive thru customer to get their food is about 90 seconds. So if we eliminate dirve thrus then it will force people to walk in and get their food which will more than likely decrease the number of people who visit these places.

Second, the size of the doors to these places should be cut in half. That way if you can not fit through the door then you are not allowed into the restaurant. If a person is not allowed into the store and there are no drive thrus for them, they will be forced to eat healthier foods at home and maybe it will give them a kick in the ass to lose some weight.

Now for the people who are obese because they are over eating at home and are too lazy to get out and do some sort of exercise. There is no excuse for being too lazy to get out and at least walk around your neighborhood for 10 or 15 minutes a few times a week. If need be you can go out with a friend and make it a daily thing that you do. Just the other day I attended a lecture which had research that showed over the past twenty years the United States has increased its Adult obesity percentage by nearly 50%. As well as its childhood obesity by about 25-30%. This shows that we are passing these bad traits onto our children. Instead of letting you children play video games for four hours a day get them involved in some sort of sport. We can not let the futures of our chilren hang in the balance because people are too lazy to get out and exercise a little.

So again I say PUT THE FORK DOWN!!!

Welcome to Plymouth State University Blogs. This is your first post. Edit or delete it, then start blogging!